Fresh off of being named GoAbroad's Top Study Abroad Organization of 2017, we're excited to share that IES Abroad has been named a finalist in three categories of GoAbroad's 2018 Innovation Awards.

For more than 15 years, GoAbroad.com has been the premier online resource for discovering meaningful international experiences and alternative travel opportunities. GoAbroad’s annual Innovation Awards celebrate and acknowledge the most original, creative, and exceptional ideas in international education.

Help us step from finalist to winner by voting online for the following categories. Voting ends at 11:59PM EST on May 30, 2018. 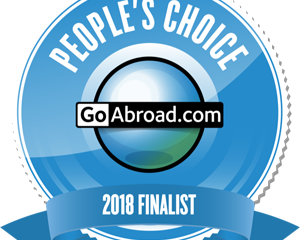 Nominated by study abroad professionals, this award honors the top international education organization for offering great service to students and staying true to its mission of providing meaningful educational experiences abroad. The winner will be determined by popular vote. 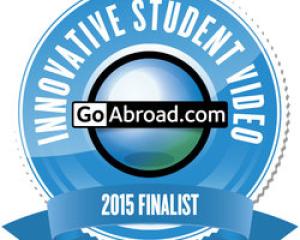 This award recognizes a student-created video that captures the true essence of an international education program. The winner will be determined by popular vote.

Curious and playful, Bianca’s film gives viewers the chance to re-experience the rushing sensation of being in a new city for the first time. Her film feels like the honeymoon phase of a trip, where every detail is noticed “in the surroundings that engulf you”. Bianca’s film is a reminder to be present and observant while abroad. Her film represents an excitement for the new and novel, and an acute awareness of the magic it holds. 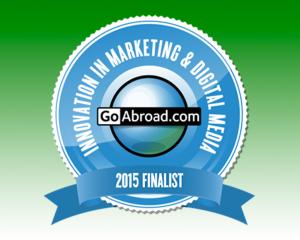 This award recognizes a creative and groundbreaking marketing, advertising, or digital media campaign.

Since 2014, our Film Festival has been an online opportunity for students to share their stories from study abroad through film. After hosting the Film Festival online for three years, we approached our 2017 Festival feeling it was time to do something bold: coordinating a live Study Abroad Film Festival Event hosted by actor Kate Flannery (Meredith from NBC’sThe Office).

Our Film Festival event underscored the remarkable power of study abroad and the global network it creates using film. It was a reminder to us—and those who attended or participated—of how study abroad truly can change the world— one student, and one story, at a time.

The winners will be announced during the GoAbroad reception on Thursday, May 31, at the 2018 NAFSA Annual Conference in Philadelphia. Check out all of the 2018 GoAbroad Innovation Award finalists.

We’re grateful to be recognized through numerous industry awards for our commitment to providing our students unmatched global educational experiences. Learn more about who we are and why we’re a little obsessed with study abroad.