📣 Now You Can Study Abroad in Seoul with IES Abroad!

We are excited to announce that starting in Fall 2023, IES Abroad will have a new location in Seoul, South Korea!

Are you ready to do some Seoul searching? There are too many good puns, not enough time.

Check out these fun facts and many reasons why our heart and soul are in Seoul (sorry, we just can't help ourselves). 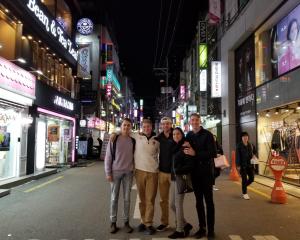 Seoul is a highly sought-after city for tourism, business, and education. It also ranks at the top of a range of categories that pertain to quality of life.

🌎 Seoul has a population of 9.7 million people

🏆 Ranked #3 for top student cities in 2022 by TopUniversities

🌐 It is rumored that they may have the fastest average internet speed in the world (I'm definitely not frozen, it's you)

🌳 64% of South Korea is covered in forest

🎬 In March 2020, “Parasite” (a 2019 South Korean film) became the first non-English-language film to win the Oscar for best picture 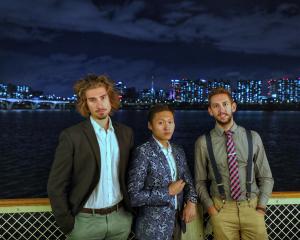 There's so much to do and see in the incredible metropolis that is Seoul, but here are just a few highlights of some of our favorite places to explore!

🌆 The view from Seoul tower 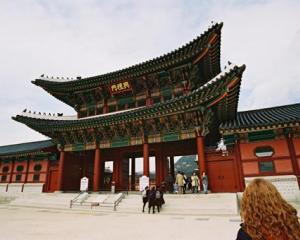 Seoul is no doubt a great place to visit, but it's also a wonderful place to study. Check out more information about our Seoul Direct Enrollment - Yonsei University program.

✏️ Language & Courses: More than 500 courses in a wide variety of disciplines are offered in English to visiting students at Yonsei University. Additionally, students will have access to Korean language instruction.

📚 Support: IES Abroad staff will be available to assist you on-site

We can't wait to see where your adventure takes you! Be sure to check out more information and sign up for updates!

✈️ Take Me to Seoul